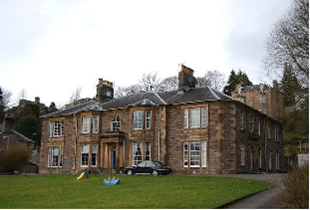 We were approached by an experienced landlord-developer who contacted us for advice on whether to bid for a grade II listed house coming up at auction with a guide price of £1.1m. In particular, the client was looking for guidance on the likely cost of finance, potential loan structure, application process and possible risks.

Having worked through possible scenarios the client decided to bid for the property which was in poor overall condition but came with a large garden plot to the side with easy access to the road.

If successful at the auction the client planned to:

This plan would most likely mean that the client would end up selling the grade II house for slightly less than the cost of purchase and renovation; however, he would stand to make c£600k from the new builds in the garden.

We found a lender which agreed in principle to lend up to 70% loan to value which meant that the client would also have to provide additional security. Fortunately, he was able to offer a commercial property (restaurant) which he owns outright.

The client’s bid was successful and the property was sold for a hammer-price of £1.21m. The full application was submitted and that’s when things started to get tricky…
Not only did we have 4-week deadline to completion looming over the Christmas period, but the underwriters discovered a problem with the title of the restaurant. This meant that the race was on to find another form of security to support the application. The issue was resolved when the client agreed that the lender could also take a charge on his home.

However, by this time, the 28-day deadline had been and gone. Fortunately, the vendor agreed to extend the original completion date and by working closely with the lender, the solicitors, the vendor and the client, we were able to get the deal completed several weeks after the original timescale.

The client is now carrying out the renovation of the original house. He has applied for planning permission to build the two new homes in the garden, which he estimates will cost £500k each to build but should sell for £800k each. Once planning permission is granted, we hope to be able to help him fund the next part of the project.

Here are the details of the finance so far:

Exit strategy: Sale of renovated house for c£1.2m (minus the side garden).

This is just one example of how we have helped secure finance for a client, if you have a similar scenario or something you'd like us to look at please get in contact with us on 0345 345 6788 or contact me directly at nickh@mortgagesforbusiness.co.uk.

ANY PROPERTY USED AS SECURITY, WHICH MAY INCLUDE YOUR HOME, MAY BE REPOSSESSED IF YOU DO NOT KEEP UP REPAYMENTS ON YOUR MORTGAGE.
Back to case studies