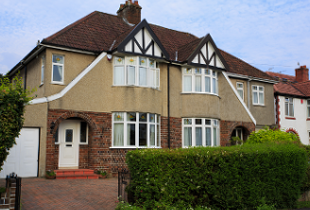 We were approached by an experienced landlord and project manager seeking to refinance one of his investment properties to raise capital for portfolio expansion. We have a longstanding relationship with the client, having first helped him secure finance in 2003.

The property in question is an ex-local authority 3-bed semi-detached house located next door to the client’s home in Cambridge.

The property had seen substantial capital appreciation since its purchase in 2010, allowing the release of additional capital, but with the comparatively modest rise in market rent the client would need a particularly good rent to interest RTI calculation to release as much of this as possible.

Thankfully, the client operates via a limited company structure which enabled him to qualify for a more relaxed affordability calculation, well below the 145% at 5.5% that has become the standard for many individual applicants.

Keen to make the most of the currently low interest rates the client had requested a five year fixed term.

We approached an intermediary-only lender with a competitive rate and, satisfied with the security, the following terms were offered:

01625 416398 Email
ANY PROPERTY USED AS SECURITY, WHICH MAY INCLUDE YOUR HOME, MAY BE REPOSSESSED IF YOU DO NOT KEEP UP REPAYMENTS ON YOUR MORTGAGE.
Back to case studies