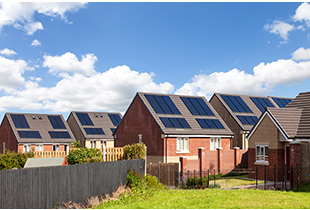 The Client: Our client was a UK national, living and working in the Middle East. He was an experienced landlord, with a number of properties in his portfolio.

The Property: The property is an ex-local authority flat on the second floor within a block of four units. Located in a large Scottish town, the flat is close to the local high street and amenities. The client had owned the property for many years.

The Finance: The property was unencumbered, and our client wanted to raise capital against the property’s equity, to allow him to purchase further buy to let properties to expand his portfolio further.

The Challenge: The case had several factors, which made finding a lender who would accept all of them difficult.

Firstly, the property was an ex-local authority flat in Scotland. This initially reduced the lenders we could approach, due to both the location and type of property.

Secondly, despite already owning the property and being an experienced landlord, the client was an expat living and working abroad, which added another layer of complexity to the case.

Lastly, the value of the flat was just £100,000, which meant that the finance required was under some lender’s minimum requirement.

The Solution: After shortlisting the lenders who would lend on properties in Scotland, the list was reduced further to just those who would accept both expats and ex-local authority flats. From this list, we spoke with each of these lenders to explain the case and ensure that the client’s application would be accepted if put forward. To our client’s delight, we were able to find a lender who accepted all of the complexities.

01625 416396 Email
ANY PROPERTY USED AS SECURITY, WHICH MAY INCLUDE YOUR HOME, MAY BE REPOSSESSED IF YOU DO NOT KEEP UP REPAYMENTS ON YOUR MORTGAGE.
Back to case studies