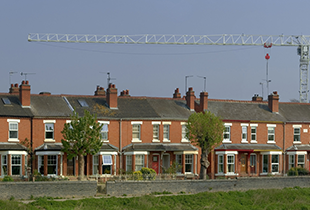 The challenge was to find a lender who was prepared to accept a very low build costs of just £65 per square foot.

The development: A large plot on the edge of a Fenland town with permission to build 51 residential starter units comprising mostly two and three bedroom houses, including 18 affordable homes. Construction was planned over three separate phases. Finance was required for Phase 1 only as it was anticipated that Phases 2 and 3 would be funded from the proceeds of Phase 1.

Previous experience: All very experienced within the construction industry.

The challenge: To find a lender who was prepared to accept a very low build costs of just £65 per square foot.

The project: The site was being sold for £781k and the company agreed to purchase it from the vendor using staged payments payable during Phase 1 of development. Construction started before the company had all the funding for Phase 1 in place.

The experience and other business interests of the clients meant that they had calculated the build costs would be just £65 psf which is extremely low – not an acceptable figure for some lenders. However, they were able to provide evidence that the project could be built for this price and on this basis we found a lender who was happy to finance Phase 1 of the build and make a contribution to the cost of the land. The lender agreed a facility of £1.25m which would be repaid from the proceeds of the sale of the units in Phase 1. Phase 2 and 3 would also be funded from the proceeds of Phase 1.

Initially the application proceeded well but completion was delayed due to the incompetence of the client’s solicitor. The client advised the solicitor that he would be “de-instructed” on the project and four others which quickly resolved the problem.

The result: This phase of the project has now been completed and enough properties sold to repay most of the loan. The developers have now progressed to the second phase of construction.

Off-costs: None as affordable housing part of development 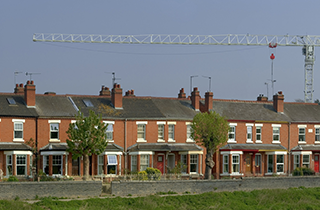