The client: A longstanding client who is a full-time property developer who has been carrying out residential development projects within London for more than a decade.

The project: The client had acquired a small semi-detached cottage on a large plot in a Norfolk village which is particularly popular with tourists and second homeowners. The cottage had been left empty for a number of years and was in a bad state of repair. Realising the profit potential of the site, the client approached the owner of the cottage to which his was attached and suggested that they demolish both properties and replace them with two, separate and much larger homes.

The neighbour agreed and together they submitted and obtained planning permission although they planned to finance and build the properties separately. Our client's property will consist of five bedrooms, three bathrooms and three reception rooms.

The finance: The client calculated he needed a loan facility of £690,000 which would be sufficient to complete the build of the house and repay an existing bridging loan from a previous project.

We put together a comprehensive proposal for our client which included his income, development experience and full details of the project. We then approached a bank that had lent to the same client in the past. To help assess the application, the bank appointed a senior manager who was familiar with the local area. After some negotiation the bank agreed a facility for 15 months - 12 months to build the house and three months to sell it and repay the loan.

Here are the details:

Loan facility: £690,000 (to build and repay an outstanding bridging loan) 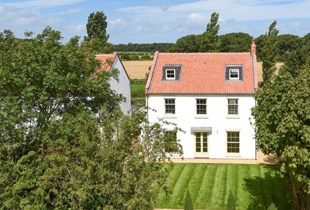 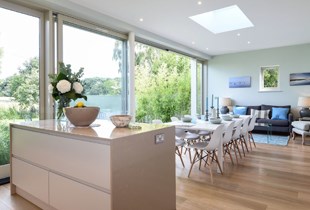 Need similar finance?
If you require finance for your next development, do get in touch to see how we can help. Remember we can source finance for both residential and commercial projects and we help businesses as well as developers. Call us on 0345 345 6788.

01732 471655 Email
ANY PROPERTY USED AS SECURITY, WHICH MAY INCLUDE YOUR HOME, MAY BE REPOSSESSED IF YOU DO NOT KEEP UP REPAYMENTS ON YOUR MORTGAGE.
Back to case studies