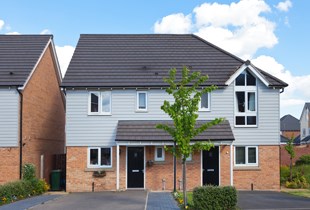 A young man approached us for help in securing a first-time buyer mortgage. He was keen to see if we could help after his original broker was unable to find a bank that was willing to lend the amount he required to buy the house he wanted. This was despite the fact that his parents were willing to give him a deposit equating to 50% of the purchase price.

The property he was hoping to buy is a 3-bed semi, priced at £440k, located in the same town in which he and his parents live. The client earns £44k per year and so we knew that we would have to find a lender that would be prepared to lend five times his salary – most will go to four and a half times salary as standard.

Another sticking point with finding a suitable lender was the fact that the client had only been working for his current employer for three months and was only just out of his probationary period.

We approached a lender that we have used before which will consider lending five times salary on a case by case basis. After carrying out the necessary checks, the lender agreed that the client could borrow the amount he needed on the condition that his employer confirmed his salary and permanent contract status.

The employer was more than happy to provide this information and we were able to get the client a formal mortgage offer with the following terms: 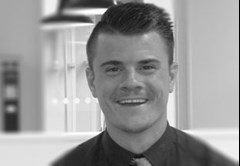 Head of Buy to Let, CeMAP

01732 471694 Email
ANY PROPERTY USED AS SECURITY, WHICH MAY INCLUDE YOUR HOME, MAY BE REPOSSESSED IF YOU DO NOT KEEP UP REPAYMENTS ON YOUR MORTGAGE.
Back to case studies