It cites low disposable incomes, expected interest rate rises, anticipated economic development and uncertainty over the general election as reasons behind the forecast.

Dorian Gonsalves, Director of Commercial and Franchising at Belvoir, said that after seven years, Belvoir offices that have traded consistently have witnessed little or no growth – although there have been dips and rises over this period.

Rents have risen year on year in most areas, which reflects tightened stock levels against high demand and better economic performance that allows tenants to afford higher rents.

However, there is a suggestion of a north/south divide affecting prices as areas like Yorkshire, the North West and East Midlands have seen falls year on year.

Gonsalves believes that from a sales and property price perspective there was a continued recovery of the property market this year but this was mainly driven by activity in London and the South East.

In terms of next year, he said that 2015 will be “new territory” for predictions. So far, the recession and recovery in the house price market has virtually mirrored what happened in the 1990s but back in 2000, mortgage rules and regulations were more relaxed. Expanded lending allowed prices to spiral and in summer 2014 mortgage restrictions changed and stronger powers were given to the Bank of England to control lending.

“Talk of this and the end of buyers' 'pent up demand' from the recession has meant price rises/recovery have slowed,” he added.

He talked of the pressure on companies to increase wages, potential interest rate rises and landlords realising their income is being eaten into if they don't increase rents annually. Due to this, rents are likely to be static or increase by up to just three per cent in 2015; varying little more than between 2013 and 2014.

It’s thought that the buy to let sector will be boosted by continued property price and rent growth.

It was also noted that the market supply may be bolstered by the impact of pension reforms this coming April.

For more news on the predictions of the Buy to Let market, please see our articles on Expected Rising Property prices in 2015, Landlords Expecting to Expand their Portfolios in 2015 and Confidence in the Market leading to High Investment in 2015. 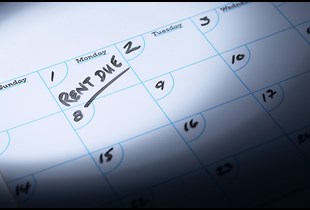