The report, released by the Royal Institute of Chartered Surveyors (RICS), says house prices will grow over the course of 2015, rising three per cent on average, while rent charges will be two per cent higher.

Specific regions such as Wales, the South West and London will experience the lowest growth rates, according to their data, with property values expected to grow by no more than two per cent in these regions while London expects to record a zero per cent increase.

Chartered surveyors have described this trend as the English capital “pausing for breath” – suggesting the flat rates may not last long.

However, there are still parts of the country anticipating “buoyant” conditions next year with boroughs in the East and what are described as ‘non-prime’ locations the most obvious examples.

Regarding rent, the report concluded that tenant demand is continuing to exceed new property supplies – driving the two per cent rise in prices.

England’s North East and South West are the regions thought to experience the strongest growth, whereas RICS forecasts growth in the capital will match the average for the country.

Head of UK policy at RICS, Jeremy Blackburn, commented on the political implications of the state of the housing market.

He claimed political ambition has a huge role to play in the housing market next year as the pre-election period will see numerous debates centred on the planning, development and delivery of housing needed to overcome the 240,000 property deficit currently being experienced.

Blackburn highlighted how we have seen four housing ministers in this parliament as an example of the political agenda at work; described housing as a “political football” that will continue to be kicked about in the New Year.

Urging politicians to provide "certainty, clarity and confidence" to the population that the new homes so desperately required will be built, Blackburn claimed the Government's recent stamp duty changes could encourage further growth in the market.

He also suggested further activity could be initiated by a similar review of Council Tax. 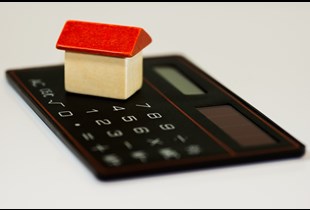