UK house prices have increased by more than 12 per cent in the past year, allowing landlords to accumulate capital on their property, official data shows.

Official figures from the Office for National Statistics (ONS) show that growth reached 12.1 per cent in the year to the end of September, reporting higher growth than that noted in other surveys.

The rate is up from 11.7 per cent in the year until August, with London being a major driver for the increase as prices have risen fastest in the capital.

London saw an increase of 18.8 per cent in property values, meaning landlords in the capital are seeing rising returns in the form of capital accumulation.

The house price figures from the ONS are based on home purchases in the UK that are mortgage-financed. Data suggests the average property price is £272,000 while costs are increasing at the fastest pace since 2007 on a year-by-year basis.

On a monthly basis, prices increased by 0.5 per cent between August and September while the official figures contradict other data from mortgage lenders; both Nationwide and Halifax suggested that house price growth slowed in the 12 months until the end of October.

Meanwhile, other commentators have suggested that the housing market has reached a plateau and Savills has suggested the housing market will be subdued in the run up to May’s General Election.
Despite this, stable yields and high capital accumulation means buy to let property continues to appeal to landlords and investors.

Growth varies by region however, as prices are up by 12.5 per cent on average in England, 10.9 per cent in Northern Ireland, 7.6 per cent in Scotland and 5.8 per cent in Wales.

After the increases noted in London, the next best performers were the East of England and the South East of England where prices were up by 13.4 per cent and 11.6 per cent respectively.
The slowest price growth was seen in Yorkshire and the Humber as average property costs increased by just six per cent while the North East of England was up by 6.5 per cent as a whole.

Want to see predictions for the buy to let property markets in 2015? Please see a more recent article from Jeni. 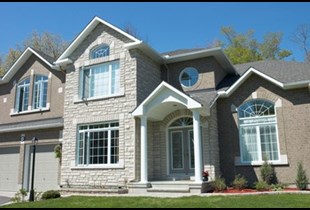