Buy to let has outperformed shares and bonds since it first entered the market as an investment option nearly 20 years ago, new analysis shows.

Published by economists at Wriglesworth Consultancy on behalf of Landbay, the return on a buy to let investment is four times more than that available with either UK government bonds and shares or commercial property. It is also seven times greater than cash investment returns.

The research is based on Nationwide’s house price index and data from the Office for National Statistics and property services firm LSL.

Returns were calculated on the basis of a landlord taking out a 75 per cent loan-to-value mortgage to focus the investment.

Even without borrowing, buy to let outperformed other options by returning £5,071 for every £1,000 invested.

For the purpose of the study, it was assumed that buy to let investors would use rental income to pay off the mortgage; clearing it after 13 years before then banking returns.

Continually borrowing against a property and using equity to fund new purchases could even have allowed landlords to purchase up to ten homes since 1996 and turn £1,000 into almost £35,000.

These higher returns are generated by numerous factors and are largely influenced by rising property prices that have driven up capital gains for buy to let landlords.

Rents have also increased over the past few years and as housing demand outstrips supply, this is unlikely to change anytime soon.

A recent report from Halifax even highlighted that the number of people aged 20-45 years saving for a deposit has fallen to 43 per cent – meaning that lower levels of home-ownership could become “the new normal” and provide an even greater boost for the rental sector. 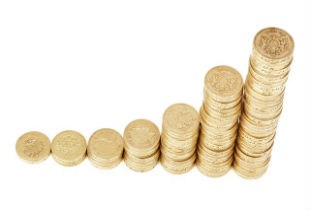