With £13.6 billion invested into commercial properties in the UK during the first three months of the year, this section of the industry promises strong performance for prospective property investors.

The level of investment represented a record for any first quarter period according to DTZ, considerably ahead of the £11.2 billion invested in the first quarter of 2014.

It is also well above the long-term average investment for Q1 which stands at around £8 billion; highlighting growing confidence in market conditions among property investors.

A seasonal fall from the fourth quarter was reported but this was as expected and did not provide much cause for concern.

According to figures, commercial UK property investment totalled £18.1 billion in the final three months of 2014 and although a drop was experienced at the start of 2015, investor appetite remained strong in most regions over the first quarter.

In London, record investments of £4.6 billion were noted while the rest of the UK witnessed investments that totalled a massive £9.1 billion.

Domestic investment in the central part of the capital city also remained strong – totalling £1.7 billion in Q1 and representing only a marginal fall of £0.1 billion from the final quarter of 2014.

Offices saw the highest level of investment overall with property investors pumping £5.5 billion into the sector in Q1 to provide its best start to a year in nearly a decade.

Investment transactions of retail property also increased between the final three months of 2014 and the first quarter of this year; going against the regular seasonal trend in the process.

A quarterly total of £3.7 billion for retail property was driven by two deals involving property exchange between Tesco and British Land.

Ben Clarke, Head of UK Research at DTZ, said investment in the capital and other regions was dependant on the individual requirements of those concerned.

He added that the record figures for the start of the year highlighted that property investment remains a popular option. 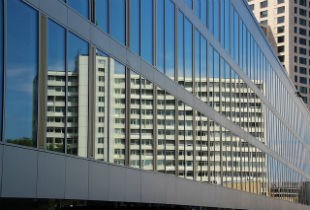