More than one fifth of British landlords enjoyed cheaper mortgage repayments over the past year while 18 per cent expanded their property portfolio in response to growing market confidence.

Data from Reeds Rains and Your Move has shown that 18 per cent of landlords have already expanded their portfolios in the past year while 25 per cent plan to purchase more homes in the next 12 months.

This figure is up from 22 per cent last September; signalling a rise in confidence among buy to let investors and landlords.

As a result, 60 per cent of landlords believe that it is a good time to invest in buy to let property; up from 54 per cent who said the same in September 2014.

Buy to let is currently viewed as offering better capital returns when compared to other investment options by 54 per cent of landlords while 40 per cent believe current market conditions mean property is available at more attractive prices.

Opportunities for investment and portfolio growth are enhanced by the fact nearly a quarter of landlords reported that their buy to let mortgage payments have become cheaper in the last 12 months.

The proportion of landlords who thought these payments were becoming more expensive almost halved in the same period – from 39 per cent to 21 per cent.

This highlights the high levels of confidence currently being displayed in the industry, while access to funding and cheap financial options has also encouraged landlords to invest.

These figures come against a backdrop of declining annual rent growth.

Landlords expect growth to slow to 1.7 per cent in the coming year although figures from the latest landlord sentiment survey from Your Move and Reeds Rains show current growth rates are around two per cent higher at 3.7 per cent overall.

However, when asked about their own intentions regarding rental charges a massive 60 per cent of landlords said they didn’t intend to raise rents in the next year.

This is despite there being a considerable increase in tenant demand over the past six months.

When combined together, these factors indicate strong performance amongst the buy to let market with landlords looking to expand their portfolios and increase revenue through investment rather than simply hiking up rents on existing properties.

The fact that overall lettings activity in England and Wales reached almost seven per cent in the month to March 2015 provides further evidence of this and is reflective of the improved confidence levels amongst landlords and investors.

Are you a landlord? Why not have your say in our Property Investor Survey, you could win a luxury hamper! 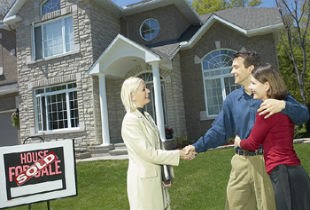