Remortgaging now accounts for two thirds of all buy to let mortgage transactions, according to the latest Mortgages for Business Complex Buy to Let Index.

For houses in multiple occupation (HMOs) remortgaging is now an even higher proportion, standing at 73% of HMO mortgages in Q1, up from 70% in Q4 2014.

Moreover, the same trend is even more pronounced for multi-unit freehold blocks (MUFBs) with remortgaging representing 89% of mortgages in Q, compared to just 42% in the final quarter of 2014. Semi-commercial property witnessed the same trend but with a more gradual change, from 86% to 87% of new loans agreed for remortgaging.

As landlords have remortgaged in increasing numbers, their average loan to value ratios (LTVs) have crept slightly higher over the course of the last three months. For ‘vanilla’ buy to let, the average LTV now stands at 66% in Q1 2015, compared to 63% in Q4 2014.

Landlords of HMOs have seen loan to value ratios rise to 70%, up from an average of 64% LTV in Q4 2014. Likewise, MUFB properties are now mortgaged to an average of 67% of the property value, up from 64% LTV in the final quarter of 2014. Semi-commercial properties saw a more gradual shift, though for these landlords the average LTV also rose from 64% in the previous quarter to 65% in Q1 2015.

David Whittaker managing director of Mortgages for Business, comments: “Record low mortgage rates are driving wave upon wave of landlords to reassess their finances. A great deal agreed last year may be uncompetitive by today’s standards. So this stampede is completely rational – it represents a charge by landlords to make the most of an unprecedented economic situation.

“Remortgaging is often done for the purposes of raising extra capital, and this is clearly reflected in higher loan to value ratios. However, this is by no means an unwelcome trend – and could in turn open the door to more new purchases and investment by landlords.

“Rental yields are healthy and there is a gathering demand from an increasingly prosperous base of tenants. So the fundamentals of the rental market – and of landlords’ finances – are still extremely solid.”

“In turn, this will stimulate many landlords to invest further although one major hold-up in an otherwise sunny outlook is a long shadow of political uncertainty.

“This is only partly about specific policies. For example rent controls could be a well-intentioned but disastrous blow to the industry. However, more of an immediate worry is the far more general risk of a power vacuum after an election barely three weeks away, the associated effect on the financial markets – and ultimately on mortgage rates.

“In the meantime, we are still seeing strong interest in the finance to support more complex buy to let investments. Right now, houses in multiple occupation are particularly popular with landlords searching for a better rental yield – but today’s record low mortgage rates are proving of enormous benefit to all types of landlord.” 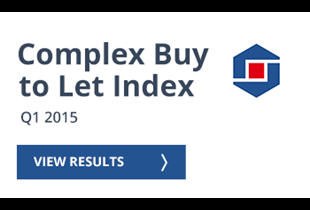