More than half of retirement savers are considering buy to let options in retirement, according to new research from Kensington.

Around 53 per cent of those questioned said they were considering investment or had already invested into buy to let to increase the levels of income available in retirement.

A national sample of retirement savers aged 40 years or above was questioned on their thoughts towards buy to let by Consumer Intelligence, on behalf of Kensington.

Of those questioned, eight per cent were already investing into but to let property while 45 per cent were open to the idea of doing so.

The results follow suggestions that pension freedoms, which became active at the start of April, will result in a boom in buy to let mortgage deals.

However, the Council of Mortgage Lenders (CML) suggested the trend is likely to be overstated; saying that many pension pots are not large enough to make a significant investment.

The CML also suggested that the purported risks associated with property investment over other types of financial investment may deter people from stumping up the cash.

Kensington’s research revealed that while 78 per cent of savers were glad they took out pensions, some 15 per cent regretted the investments they had made.

Steve Griffiths, head of sales and distribution at the firm, said that alternative approaches to pension saving exist but highlighted the need to get good advice before making a decision.

“Buy to let will not be right for everyone and anyone planning to do so needs to get advice from a broker as well as advice on other issues including tax,” he warned.

The latest data from the CML showcases the current buoyant buy to let market as there are 1.63 million mortgages worth around £188 billion – representing around 14 per cent of all lending.

The sector also showed strong annual growth in the latest figures available for February with 15,900 buy to let loans agreed in one month alone. 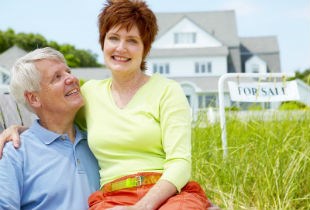