Starting 2015 with a bang, buy to let was the strongest performing sector of the housing market in January, recording 37 per cent growth in activity

According to new research from Connells Survey & Valuation, buy to let surged ahead whilst other areas of the housing market experienced a quieter start to this year.

Between December 2014 and January 2015, there was a 37 per cent growth in buy to let valuation activity, although this represents a small drop of four per cent on the same period the previous year.

Recording underwhelming performance in December, when it suffered one of the most dramatic monthly declines, the sector has managed to pick itself up with renewed vigour.

As the trend for low mortgage rates continues, the market is offering ever more attractive deals to potential landlords or those wanting to expand their existing portfolios.

The only other sector to see a monthly increase over this period was the first time buyer sector where there was an increase in valuations. Between December and January valuations activity rose by three per cent, although it also saw one the biggest annual dips – falling 28 per cent since January 2013.

By contrast, movement amongst those already with a foot on the property ladder was subdued with activity dropping 23 per cent year to year and four per cent on a monthly basis.

The report revealed that remortgaging was another poor performer with one of the largest reductions both annually and monthly. It saw a rapid drop of 25 per cent since December and between January last year and this year there was a drop of 28 per cent.

“The current economic outlook indicates that low inflation and therefore the low Bank Rate will continue for some time,” said Bagshaw.

“As a result it appears that this is giving rise to optimism as more borrowers anticipate that lenders will be able to lower their mortgage rates even further. They are now waiting before securing a deal,” he continued. 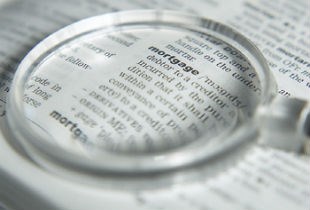