Buy to let landlords enjoy stronger property investments as UK house prices are up for the beginning of the year, according to Home.co.uk and Rightmove

Landlords are dominating the UK property market and enjoying a £5,000 monthly jump in property prices according to data reported this February.

Rightmove found house prices across the UK grew by 2.1 per cent between January and February this year, accounting to an increase of £5,729, while Home.co.uk reported particularly rapid growth in London and the South East.

Their asking price index for February 2015 also showed higher house prices in East Anglia and the West Midlands while Scottish prices climbed 1.9 per cent in just one month as a result of a buoyant market following the referendum on independence.

These figures provide positive news for landlords by strengthening the long-term investment value of any properties on their portfolio and also opening the doors for further lucrative investments.

Activity has generally increased or remained steady throughout the UK with areas including the East Midlands and the North West seeing little change.

Increased demand can be observed using the average length of time properties spend on the market. In England and Wales this stands at 125 days; 18 days less than the same period last year.

There was also a 19 per cent growth in the number of properties placed on the market this January when compared to last January.

Increase in housing supply has been most dramatic in Greater London where it has expanded by 51 per cent; the South East comes second with growth of 28 per cent.

Looking ahead, Doug Shephard, Director of Home.co.uk, predicted that rising supply will make its presence felt in these areas and place a downward pressure on prices. The result could be a more levelled out and perhaps healthier market for the UK.

“These regions are much further on in the economic cycle than the northern regions, where price recovery remains as yet elusive,” he said.

“It is conceivable that we will witness a reversal of fortunes in the latter half of 2015 or beginning of 2016, wherein prices fall in Greater London at the same time as they finally rise in the North, as investors target better value regional markets.” 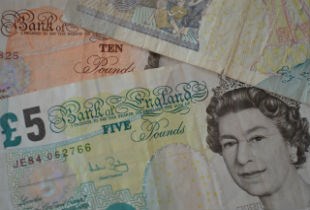