Bucking the usual trends, the UK’s private rented sector (PRS) experienced more growth in the last six months of 2014 than in the first six.

A new report shows that 2014 was a year of two halves for PRS activity as growth took place in a pattern that varies from the norm.

The opening period of the year tends to be the busiest for the sector but figures from the Annual Lettings Index for January, released by Countrywide, show there was actually more activity in the latter half of 2014.

Reasons behind the boost

According to the UK's largest estate agency group, the slowdown in the market during the last six months of 2014 resulted in an increased demand for rental accommodation of seven per cent.

The organisation believes the movement of households between the PRS market and sales played a role in this activity.

These figures stood at 1.7 per cent and 1.8 per cent, respectively, for existing tenancies.

Countrywide’s Group Commercial Director Nick Dunning explained that the sales and rental sectors correlate closely with the thousands of households moving between them each year. During the final six months of last year, there was a fall in the number of tenants actively seeking to buy.

“This has kept demand for rental accommodation at a high, allowing more landlords to stand firm in the face of attempted negotiation on rent,” he continued.

The company has also released a list of factors to look out for in the PRS over the coming year and beyond – including the average age of tenants which continues to increase as those who rented during their 20s and 30s carry on doing so later in life.

It also predicts a significant growth in institutionally-funded PRS projects; a sign of the rental market's growing importance to the UK’s housing sector as a whole.

Countrywide claims that landlord licensing schemes will also become increasingly common although the General Election is likely to have an impact on this, both in the run-up to the event and after the result has been announced.

If you are interested in what 2015 may hold for the buy to let market, please take a look at David Whittaker's commentary in our latest edition of FirstRate. 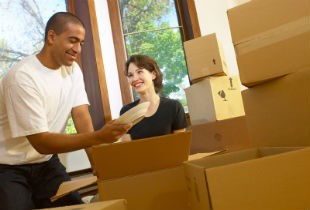