Property prices in the UK have grown two per cent during January, representing the largest rise for this month since 2009

This is according to data from Halifax which also reveals that prices were 1.9 per cent higher between November and January compared to the previous three months.

It was also the first time that the quarterly rate of change increased since July of last year.

These rates are lower than those recorded between June and September 2014 and Halifax has made a prediction of moderate yet steady price growth over the course of this year. It expects a national average increase of three to five per cent in comparison to the eight per cent rise seen in 2014.

During the three months leading up to and including January 2015, prices were 8.5 per cent higher than across the same period last year. This is a jump from the 7.8 per cent recorded in December.

Sales were up by 15 per cent in 2014 and gradually declined over the course of the year to end five per cent lower in Q4 than in Q1.

Halifax’s Housing Economist Martin Ellis gave some context to the market’s recent activity, saying:
“This bounce-back in house price growth in January coincides with reports of the first rise in mortgage approvals for six months in December. These improvements may indicate that the recent declines in mortgage rates, the reform of stamp duty and the first increases in real earnings for several years are providing a modest boost to the market.”

Too early to tell?

Despite his positive words, Ellis made it clear that it is too early to draw definitive conclusions from these results.

Monthly figures for January can be volatile due to the decrease in activity during this period – figures from the past, including those from 2007, have recorded unusually large rises before.

He added that demand for housing should continue to find support from an expanding economy, lowering mortgage rates and a spike in household spending power as a result of lower consumer price inflation and more affordable fuel bills.

He believes a strong January and the first quarterly rise for six months could imply another buoyant twelve months but suspects a period of gentle and sustained growth is most likely.

“It's hard to see how the property market could under-perform in 2015,” he added. 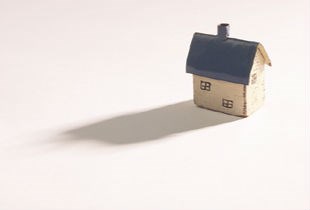