A new study has shown that May’s general election will have very little effect on the property market, whereas the economy remains a significant force.

The research by property and real estate services advisor CBRE confirmed that periods of strong economic activity have coincided with strong property take-up.

However, the organisation believes the timing of the UK’s looming election will have a “negligible” impact on the housing market.

Miles Gibson, Head of UK research at CBRE, explained that although “conventional wisdom” would lead us to think property markets slow during the uncertainty felt in the lead up to a general election, with this election being particularly uncertain, this is not actually the case.

Instead, the firm’s data suggests that the property market is quite resilient in the months prior to voters taking to the polls with few changes witnessed in overall market activity.

“There is little, if any, evidence of UK general elections having any overall impact on property investors or occupiers, the pace of planning decisions, or house prices,” Mr Gibson stated.

“This may be because party manifesto policies on property are typically very general and, where they are specific, they take time to be implemented.”

By analysing data from the past 30 years, CBRE has managed to establish that little evidence exists to imply that general elections are a cause for a market slowdown.

Over the last three decades a total of six general elections have taken place; each occurring during the second quarter of the year.

Following each election, second quarter performance tended to witness less activity than the quarterly average but this trend was also noted in years when no election was held.

CBRE also claim the residential housing sector experiences no obvious negative impact from elections on a national scale as both house prices and the mortgage market remain stable in the three months either side of a general election. 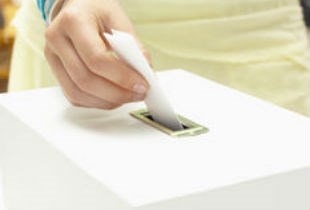