Research released by the UK’s top landlord association shows mortgage repayments over the last year totalled a combined cost of £21.9 billion – highlighting the significant investments made in the property industry

The figures from the National Landlords Association (NLA) show that over one million UK landlords have used some form of buy to let borrowing with an average mortgage cost repayment costing £20,950 over the last 12 months.

The huge figure – which does not include upfront deposits of roughly 25 per cent of the value of the property – has arisen following a recent announcement from the Bank of England that buy to let lending during Quarter three of last year was at a high of £8 billion.

The research found that landlords with a small portfolio of one to four properties spent £10,335 on average on repayments in 2014 whilst those with larger portfolios (11 properties or more) spent an average of £55,285.

The NLA’s findings also show that it takes on average six weeks for landlords to secure a buy to let mortgage; one in five (19 per cent) face a wait of over two months to complete their application.

NLA chairman Carolyn Uphill said that the figures “really hammer home” the sheer amount of money that private landlords are putting into providing homes that are much-needed by the nine million people currently renting in the UK; particularly when considering that a significant proportion are single property or small portfolio landlords.

Uphill commented that most private individual investors are continuing to supply the market with well maintained houses when past governments have failed to create incentives or stimulate more housing, and social housing has long been in decline.

She believes there is no sign that these concerns will disappear any time soon, and questioned:

“Is it any wonder that BTL lending is at an all-time high? It’s hard to imagine exactly where all this investment would come from if landlords weren’t financing housing to such an extent.”

Landlords are also being reminded by the NLA that they must prepare for future interest rate growth and have released new guidance about how to deal with this and minimise the effect it could have on their business.

There are many reports suggesting that the Buy to Let market will maintain its strong performance, see the following two articles from Steve Olejnik and Jenny Barrett respectively for more information.

Confidence in buy to let will mean high investment for 2015 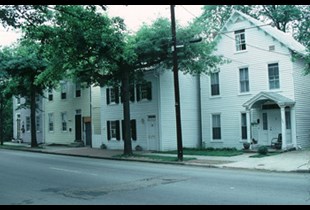