According to new figures, landlords throughout the UK are finding it less difficult to pay off their buy to let mortgage arrears

The findings come from the latest Tenant Arrears Tracker, a survey carried out by estate agency chains Your Move and Reeds Rains.

The results show that after eight months of successive improvements, the total number of buy to let loans in arrears has fallen to the healthiest level seen since 2008, just before the financial crisis affected the market.

During the third quarter of last year, the number of arrears decreased by 7.4 per cent from the figure recorded in the second quarter of 2014. On an annual basis, the number has fallen by 28.3 per cent.

Director of Your Move and Reeds Rains Adrian Gill explained landlords were returning to the idea of expanding their portfolios as their financial situations improved; causing a subsequent increase in the number of homes available to let.

The improved and healthier finances of landlords is directly associated with the financial capability of potential tenants. As Gill explained, tenants are mending their streams of income and this puts both parties in the rental market in a more stable position as they support each others’ finances.

He said that landlords are now moving away from a defensive mind-set, looking towards expansion instead.

Although an increase in the amount of tenants in severe rental arrears was reported as 2014 drew to a close, the estate agent believes the long term outlook is positive.

During the final quarter of 2014, a total of 68,100 people were late to pay their rent by more than two months and the total number of those with major arrears had rose by 7.2 per cent on an annual basis.

However, this was still 42 per cent lower in comparison to the record high seen in the third quarter of 2012 and means the situation is improving.

Cases of tenant eviction have also fallen; the number of court orders decreased by six per cent on an annual basis in the third quarter and marking the first yearly drop in eviction orders since records began in 2010.

If you are in arrears and want to know how we can help you with bad credit history please see our FAQ page on the subject or give us a call on 01732471600 and we'll try to help. 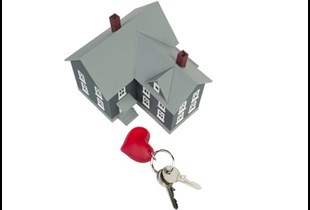