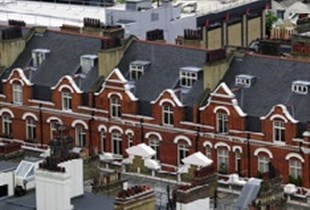 The number of homes purchased in the Capital is expected to drop over the course of the coming year while the amount of new lettings soars, an industry report has claimed

Strong rental markets are expected to be seen across London City, Midtown and the Docklands according to research by property advisors and development consultants Hurford Salvi Carr.

In their analysis of the current market, they claim a two-tier sales market will become evident during 2015 with demand for properties worth up to £1 million retaining interest from buyers while those priced over the £1 million mark will enter a slower market.

When the market cooled last year, two divisions went against the trend. The report confirms that demand for basic one bedroom apartments continues to surpass supply, meaning buying a central London pied-a-terre is just as difficult now as it was in 2014.

Also bucking the trend was the London Docklands. Demand in Eastern areas has strengthened as buyers look to the region in search of value for money whilst an abundant supply keeps prices down.

During the course of the year as a whole, property prices increased on average by four per cent in City, Midtown and Docklands. A strong demand is expected from buy to let investors with a focus on sub £750,000 levels which offer the most attractive returns.

The firm behind the report also said that UK buyers dominated 2014 residential markets, representing nearly 70 per cent of all sales. This is an increase from 61 per cent recorded in 2013.

Demand from home and away

A majority of those renting homes through Hurdord Salvi Carr last year were nationals from outside the UK; 70 per cent were overseas nationals.

The highest proportion of UK tenants was found in the Docklands where 43 per cent were British.  Midtown attracted more Asian renters while there was higher numbers of American tenants in City.

The most common occupations for tenants were financial jobs closely followed by students; workers in the financial sector were more common in the City and Docklands, accounting for more than 30 per cent of tenants, while students dominated Midtown by taking 62 per cent of rentals.

For more news and insight about the Capital's Buy to Let market please see another article from Steve Olejnik. 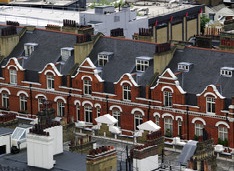