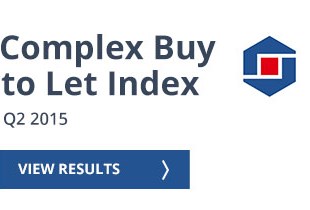 There are already 122 buy to let mortgage products available for limited companies, as of July 2015, according to the latest Buy to Let Mortgage Costs Index from Mortgages for Business.

The news comes as the Chancellor announced in his July Budget that buy to let interest relief for private landlords was to be scrapped.

One of the few ways landlords can retain their full interest relief is by obtaining a buy to let mortgage as a limited company – rather than as an individual – where any interest payment would qualify as a business expense and, therefore, qualify for tax relief.

However, landlords choosing to mortgage through a limited company pay a premium compared to the buy to let mortgage market average.

The overall average cost of a mortgage product for a limited company stood at 5.4% p.a. at the start of July, whereas the average annual rate for the entire buy to let mortgage market was just 4.6% – a difference of 0.8 percentage points.

“The mortgage market was certainly well prepared for the Chancellor’s grab on landlords’ tax relief. Mortgages which allow limited companies to be borrowers comprise 13% of all products on the buy to let market.

“It means that a good number of landlords and investors will have the opportunity to outfox the Summer Budget by taking advantage of the tax benefits associated with registering as a limited company.

“That said, even if the mortgage costs for limited companies are above the rest of the market, this could come down as demand grows and lending to companies becomes more competitive. And, for once, prospective tax changes will work in favour of investors as the rate of Corporation Tax is due to fall from 20% to 19% from April 2017 and to 18% from April 2020 – which, if profits are to be retained within the company, would represent a significant tax saving for a higher rate tax payer.”

The proportion of buy to let mortgages with rates fixed for five years has risen to almost one quarter (23%) of all products on the market in Q2.

This figure represents a two percentage point increaseon the previous quarter, and a rise of 9 percentage points on the same quarter last year, when just 14% of buy to let mortgages allowed landlords to fix their repayments for five years.

“Lenders realise landlords looking to borrow will be prioritising stability and certainty in the coming months.

They sense financial change is on the horizon. As the economy recovers and there is less need for monetary stimulus, the Bank of England has become steadily firmer in its resolve to raise the base rate of interest. News that Q2 achieved growth of 0.7% will only strengthen that resolve.

“Landlords are sensibly wishing to pre-empt any rate rise by playing it safe and going for a fixed rate mortgage – and lenders are responding to this demand through the supply of a greater range of mortgages with a fixed rate of five or more years.

“However, landlords might not need to worry just yet – the Bank is sensitive to the fact that, with inflation at rock-bottom, any sharp or premature rate rise could lead to deflation and stall the now-blossoming consumer confidence.

Therefore, any rate rise looks set to be either extremely gradual. Or indeed, postponed once again. But landlords shouldn’t be complacent – they need to be aware of the risk of a rate squeeze and how it might affect them. Landlords need a plan.” 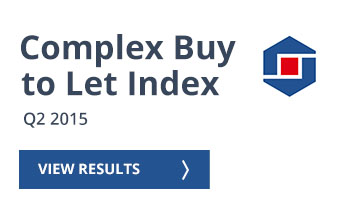