First time landlords can access 13 per cent more mortgage deals now than when pension reforms were introduced at the start of April, new data has revealed

Moneyfacts data shows that 664 mortgage products are now available to first time landlords, meaning that more people have freedom to spend their pension pots how they wish.

That compares favourably to the 574 products that were available in April and to the 396 deals that could be found two years ago.

Charlotte Nelson, spokesperson for Moneyfacts, revealed that 60,000 pensioners were believed to be taking advantage of the changes and said it is likely that some would opt to withdraw money in order  to make a property investment purchase.

“Savings rates are currently so poor that many are looking elsewhere to fund their retirement,” she explained.

Mortgage lender Kensington had previously suggested at a roadshow in April that a “wall of cash” would make its way towards the buy to let market.

Meanwhile a survey from the lender revealed an appetite for buy to let among those aged 40 years or over but showed that a lack of understanding was still prevalent.

While 45 per cent of pension savers were considering buy to let, 32 per cent said they were unsure of what to do.

Steve Griffiths, Head of Sales and Distribution at Kensington, suggested back in April that the increasing numbers of inexperienced landlords would place greater emphasis on brokers.

This could be the case given the rising numbers of both products and first time landlords that are considering buy to let as an option.

Remembering additional costs of owning a buy to let property such as void periods, repairs and tenancy costs could be forgotten otherwise. 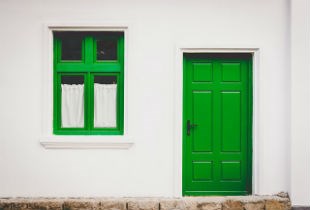