The data, which defined trends via buy to let, first-time buyer, home mover and re-mortgaging activity, considered the overall state of lending in the UK and noted increases across all sectors.

Although activity remained relatively subdued, Paul Smee – the CML’s Director General – said the market had “started to get out of the dip” from March.

Buy to let loans experienced a 12 per cent monthly rise and 21 per cent annual rise while their total value – some £2.7 billion – was 13 per cent and 35 per cent greater by the same comparisons.

Expanding to look at Q1 as a whole, buy to let accounted for 18 per cent of gross lending in the highest proportion ever reported.

Buy to let re-mortgaging loans were worth £4.2 billion – unchanged from the previous quarter but 29 per cent higher than a year ago.

First-time buyers took 23,000 loans in March 2015; up 20 per cent from the month before but down five per cent from a year previously.

Home movers secured 14 per cent more loans this March than the month before, although this figure was still three per cent lower year-on-year.

Home movers borrowed 3.06 times their gross income during Q1 2015 which represented a marginal increase from the previous quarter when they borrowed 3.03 times their income.

Re-mortgaging activity was up 19 per cent on February 2015 and six per cent on March 2014 with the value of these loans 24 per cent higher on a monthly basis and 14 per cent annually.

The total value of re-mortgaging loans was £4.2 billion for the month of March and £11.8 billion for Q1 overall.

This represented quarterly growth of six per cent and annual growth of two per cent despite the number of re-mortgaging loans taken declining five percent quarter-on-quarter. 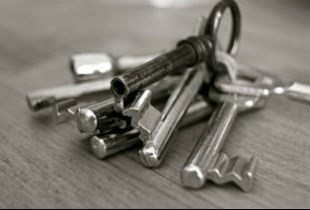