As gross lending falls slightly on a monthly and annual basis, experts say there is no cause for concern.

Gross mortgage lending reached £13.4 billion in February according to estimates from the Council of Mortgage Lenders, down nine per cent on January 2015 and 12 months ago.

In both of those months, £14.8 billion was advanced and the figure for February is the lowest monthly estimate since lending totalled £12.4 billion in April 2013.

Despite the drop in figures though, CML chief economist Bob Pennell believes it just to be a seasonal change and says there is no reason to be concerned.

“Earlier soft approvals data meant that weaker February lending has not come as a surprise,” he said.

“Seasonal factors tend to weigh on activity at the start of the year, but looking through these, the underlying picture appears to be stabilising.”

It is also worth noting that some areas of lending did increase at the start of the year with 18,200 buy to let loans advanced in January.

This represented an increase of six per cent month on month and was also up 12 per cent on the year before.

An increase in remortgaging boosted these figures although there was a slowdown in the level of buy to let loans agreed for house purchase; buy to let loans that were remortgaged grew 21 per cent month on month in January and were up 28 per cent on the same month a year previously.

Following on from this early year positivity, Pennel said that the CML “expect lending to improve in the coming months”, naming a pickup in employment and earnings and stamp duty reforms as reasons for this.

His views were echoed by Peter Rollings, chief executive of March & Parsons, who reflected on the fact that 2014 was an “exceptional year for the market” and suggested that 2015 is returning to more ‘normal’ levels of activity as recently introduced measures slowly start to have an impact. 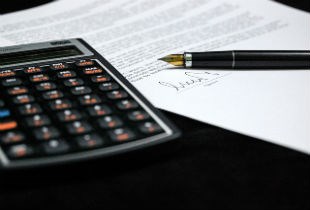