The rate of house price growth recorded in March dropped from the 5.7 per cent rate experienced in February to just 5.1 per cent, figures from the Nationwide Building Society have shown.

Average house price growth has now slowed for seven consecutive months with the average price of a property sitting at £189,454.

This puts prices at around two per cent higher than they were before the financial crisis and means housing market activity has been noticeably subdued in some areas as a result.

The number of mortgages approved for property purchase in January was 20 per cent lower than the level recorded 12 months prior – a situation which aids buy to let landlords who are considering more property purchases to boost their portfolios.

Although the UK has seen house price growth slow slightly overall, considerable regional variation was found to exist in the recent research.

The strongest rates of annual growth were noted in England’s South East – a traditionally strong performing area – while London’s market actually softened in the first quarter but remained the strongest performing region on an annual basis.

Price growth also cooled in Scotland, Wales and the North West of England during March and all regions other than the North saw annual price growth slow in the first quarter of the year.

The Outer Metropolitan area saw annual price growth of 12 per cent while Yorkshire and Humberside recorded the lowest annual growth, up just 1.3 per cent in 12 months.

Across the UK, prices were up 0.6 per cent overall in the three month period from January and were 5.9 per cent higher than those recorded in the same quarter last year.

Average prices jumped 12.7 per cent year on year but growth has slowed in recent quarters as this figure was 17.8 per cent in Q4 2014.

This data complements expectations from The Council of Mortgage Lenders who anticipate mortgage lending increases in coming months as more landlords look to take advantage of the current market conditions. 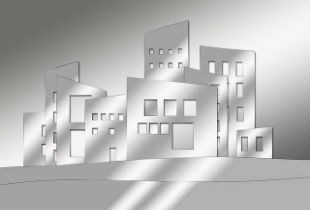