Analysis from Countrywide shows despite dropping slightly between January and February, most residential rents in the UK are up 1.7 per cent from last year.

The yearly increase means monthly rents are now average £876 in the UK, the latest analysis from Countrywide has revealed.

This represents a month on month decrease of 0.8 per cent from January, equating to £7 in real terms, but means overall rents are still up on the year.

Greater London saw the largest yearly increase with rents up 8.4 per cent overall. Two and three bedroom lettings were some of the most lucrative in the capital as rents grew 4.5 per cent and three per cent respectively from last year.

Two bedroom homes were the only type or property to note a month on month increase in rents, up 0.7 per cent to £816, while one beds saw a 2.9 per cent monthly decrease.

Properties with four bedrooms or more also experience a drop of almost three per cent while three bedroom homes were down 0.4 per cent.

This means that only the larger properties did not experience a year on year increase in rents as rents for those with four or more bedrooms fell from £1,345 to £1,306 – down 6.9 per cent.

By region, central London saw the greatest monthly increase in rents, up 2.5 per cent to £2,629 on average. Rents in the Midlands also rose; expanding 1.7 per cent to £652 per month.

Meanwhile rents in Wales were down by 7.5 per cent to £616 and the South East saw a drop of 4.3 per cent meaning tenants can expect to pay £991 per month for rental property in the traditionally affluent region.

The 8.4 per cent yearly rise in London equated to rents of £1,251 per month while the South East saw a similar level of decrease with rents down 8.1 per cent from February 2014.

Countrywide suggested this fall is a result of reduced demand for rental property in the region as more people enter home ownership.

In terms of renewed tenancies, those agreed in February were at an average of £841 per month, up 0.7 per cent from January and 1.9 per cent from a year ago. 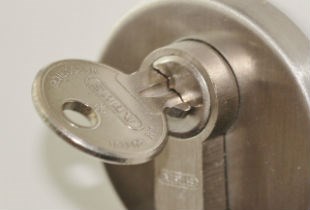