The number of buy to let mortgage products available in the UK fell by more than a quarter in April, the latest Buy to Let Product Index shows

Data from Mortgages for Business reveals that an average of 609 buy to let mortgage products were available in April, down from a high of 863 in March.

These were available from 31 different lenders and there are a number of possible reasons why the average product number fell by 254.

One is due to the possibility of a time lapse between lenders withdrawing products from the market and introducing new ones.

The Index also suggests that high levels of pricing competition led to the removal of some products to ensure that workflows could be managed amid high demand.

Of all buy to let mortgage products, 46 per cent were available to 75 per cent loan to value, up from 38 per cent in March and 40 per cent in February.

While higher loan to value deals were available, these had much stricter conditions relating to them and cost more.

In terms of pricing, both fixed and tracker rates were similar although fixed rate deals were deemed to be more competitively priced.

Increases were also noted among tracker buy to let mortgages with five year terms up from 4.11 in March to 4.85 in April.

Three and two-year tracker deals also increased from 3.93 to 5.08 and from 3.39 to 3.81 respectively with all figures calculated as averages without fees. 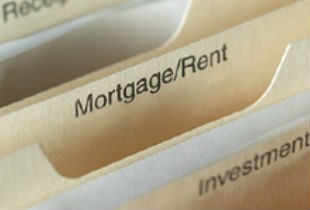