Proximity to good transport links and amenities continue to push up rental prices in areas outside the capital, giving landlords more investment options

The most expensive areas to rent in the UK can be found in the commuter belt surrounding London, according to new research from Rightmove.

It provides landlords and buy to let investors with an insight into regions that are proving popular among renters and showcases that strong yields should be possible.

The Surrey town of Esher – 18 miles from London – was the most expensive location to rent in outside the capital, costing £1,913 per month for a two-bedroom property.

Oxford and Weybridge were the next two most expensive locations with average rents of £1,612 and £1, 446 respectively.

The national average, when London is excluded, is £677 which means all of these areas are performing at much higher rates and that offers better yields to landlords who rent out properties for profit.

Of the top 20 most expensive locations highlighted in the report only Oxford and Cambridge were outside of the Home Counties and both are still within 65 miles (or one hour’s commute) of London.

Properties with good transport links to London are considered in high demand in England’s South East and the higher rents charged in such areas are reflective of this trend.

Ascot, Henley-on-Thames, Windsor, Guildford and Epsom – which all feature strong road and rail links to the capital – also featured in the top 20 most expensive locations.

Landlords with properties in these locations should therefore see higher returns in terms of both rental income and capital accumulation on their portfolios.

Sam Mitchell, Head of Lettings at Rightmove, explained that demand for rental properties has increased to record levels in the past year.

He added that the proximity to good-performing schools, transport links and amenities was helping to drive up rents so that areas outside of London matched the high rents traditionally charged there.

This provides another option for landlords looking to expand their portfolios on the bank on the back of a strongly performing buy to let market which helped Rightmove report a 73 per cent rise in the number of rental property enquiries made on its websites over the past twelve months. 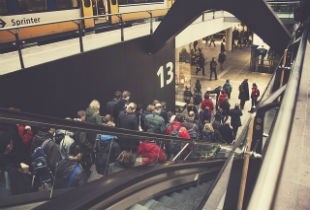