Negative cash flow could be experienced by landlords in seven out of 10 UK regions if mortgage rates increased by even modest amounts.

The Telegraph reports that some more costly areas have seen yields drop to record lows and that landlords could lose out.

Under some scenarios, it is suggested that investors could see monthly mortgage costs rising above the income from rents to result in negative cash flow.

However, many landlords who have already considered the risks are likely to have prepared for a potential rate increase in advance and may not be affected.

Those that are affected, may consider increasing rents or realising their properties’ capital growth.

The study uses figures relating to current mortgages which show costs of an interest only mortgage of 75%t of the property value at a rate of 3%.

This, it claims is a “competitive starter rate” for a typical buy to let loan requiring a 25% deposit while future mortgage figures use the same loan but with a rate of 5.5%.

However, according to the Buy to Let Mortgage Product Index for April 2015, 3% may not be realistic and is considerably lower than current average rates on offer.

Importantly, the figures used in The Telegraph work on hypothetical scenarios.

Lenders typically use a rent to interest (RTI) calculation to ensure that borrowers can still cover their mortgage should rates increase.

Most lenders currently use an RTI of 125% at 5%, although it can be higher and means that potential rate increases are included in most calculations.

It is therefore difficult to say if rate rises will have the impacts suggested and if renting does stop being a viable money-earner, landlords always have the option of selling to realise the capital appreciation.

The Complex Buy to Let Index from Mortgages for Business records a less gloomy picture, particularly for gross yields in the first quarter of this year.

It found average buy to let yields ranged from 6.3% for multi-unit freehold blocks (MUFB) to 10.4% for Houses in Multiple Occupation (HMOs).

Vanilla buy to let properties and semi-commercial properties offered yields within these figures at 6.4% and 7.5% respectively. 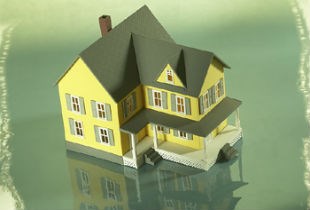