Paragon Mortgages’ parent company has unveiled solid growth for the period ending 31 March 2015, with underlying profits up by ten per cent

The Paragon Group of Companies reported underlying profits of £63.9 million for the period from September to March – the first six months of the company’s financial year – compared to just £57.9 million a year previously.

Lending with Paragon Mortgages totalled £446.2 million, up 65.7 per cent on the same period a year ago, with further growth expected throughout 2015.

£701.4 million worth of applications were reported for 31 March and represented a massive 101.5 per cent growth on those announced 12 months earlier; valued at £348.1 million.

John Heron, Director of Paragon Mortgages, described it as “a fantastic start to the year” and suggested the firm is “very well-placed” for the coming months.

“We have seen a marked increase in our application levels as a result of Paragon delivering a broader and more competitive proposition to the buy to let market,” he said.

He suggested this increase is the result of the firm’s strategy to “expand and diversity” its funding capability and said that tapping into the Euro market had given the group “access to a much deeper investor base” than is possible with sterling alone.

The firm also successfully launched Paragon Bank during this period; providing them with access to the retail savings market.

Heron suggested this has helped the Group to “deliver improved products across the loan to value spectrum” as well as a “much stronger longer-term fixed rate proposition”.

Paragon also re-launched buy to let lending in Scotland prior to 31 March.

“Overall, this has allowed us to present a much more comprehensive proposition to our intermediary partners where we have relationships going back 30 years,” Heron added.

He added that the intermediary market has “responded well” and pointed to an increase in application flows which help to “drive higher levels of completions”. 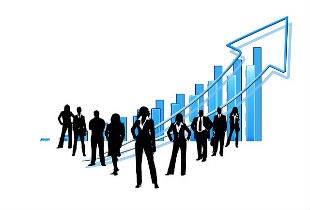