The UK's private rental sector is set to be worth £1 trillion in the next month and £1.07 trillion by next March

According to research by Kent Reliance, the value of the private rental sector will continue to grow and reach this important milestone within the next four weeks.

As of March 2015, the total value of the private rented sector accounted for £990.7 billion and represented an annual increase of 11 per cent.

It means the sector is now worth 43.1 per cent of the British stock market; a remarkable increase from the 12.3 per cent it represented just 15 years ago.

The private rented sector now accounts for 18 per cent of all housing stock in the UK and is expected to reach 5.5 million houses within the next five years.

Around three quarters of the households created in the UK last year were in the rental sector, with 150,000 added to meet demand.

Many buy to let investors and landlords were keen to snap up property due to the solid levels of returns available.

“Buy to let has come of age, moving form a niche asset class to one big enough to rival the stock market,” explained Andy Golding, Chief Executive of One Savings Ban which trades under the Kent Reliance name.

“Long term price inflation is not in danger, given the gaping chasm between growing demand for housing and the number of houses being built each year.”

Mr Golding believes that demand in the private rented sector will remain strong, which should increase the sector’s size while also increasing the potential returns that are available.

Additional research from Kent Reliance suggests that total annual returns for landlords were £111.5 billion across the last 12 months.

Of this, approximately £67.2 billion was in capital gains with the remaining £44.3 billion in rents. 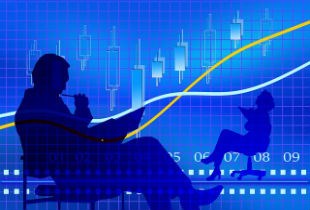