Following its latest Monetary Policy Committee (MPC) meeting, the Bank of England has announced that it will keep interest rates at 0.5% and that its monetary easing program will remain unchanged.

The Bank of England’s MPC sets monetary policy in order to meet the 2% inflation target and in a way that helps to sustain growth and employment.

As such the committee voted by a majority of 8-1 to maintain Bank Rate at 0.5%, with Ian McCafferty, who felt there was enough inflationary pressure to vote for a rate rise to 0.75%, being the only dissenter.

Minutes of the meeting issued by the Bank of England clearly indicate that the rest of the committee disagreed, highlighting divisions among policymakers over the outlook for troubled emerging markets such as China, inflation and growth. Philip Shaw, an economist at Investec said:

“This does not look like a committee that is of a mind to push rates up any time soon.”

The meeting voted unanimously to maintain the size of the Asset Purchase Programme at £375bn.

In a statement, Mark Carney, governor of the Bank of England said:

“All members agree that, given the likely persistence of the headwinds weighing on the economy, when Bank Rate does begin to rise, it is expected to do so more gradually and to a lower level than in recent cycles.

“This guidance is an expectation, not a promise. The actual path Bank Rate will follow over the next few years will depend on the economic circumstances.”

When questioned on the topic further Carney signaled that while interest rates were likely to remain on hold well into next year, the Bank of England is ready to step up controls on the housing market if an extended period of low interest rates risked inflating a property bubble.

Carney suggested that the Bank may have to revert to other measures, such as tighter lending rules, in order to control house prices.

The Bank of England has now held interest rates at 0.5% for six and a half years. 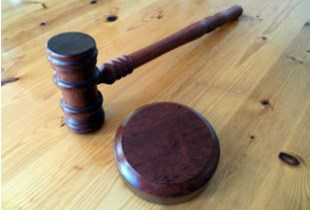