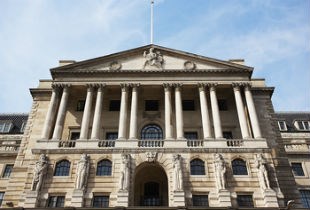 Following a meeting this week, the Bank of England’s Monetary Policy Committee (MPC) voted to maintain the current Bank Rate of 0.5%, in order to meet the 2% inflation target and help sustain growth and employment.

Following a meeting this week, the Bank of England’s Monetary Policy Committee (MPC) voted to maintain the current Bank Rate of 0.5%, in order to meet the 2% inflation target and help sustain growth and employment.

In a statement released yesterday, the Bank of England reported that Consumer Price Inflation (CPI) was zero in August, well below the 2% target.

“With inflation below the target, and the likelihood that at least some spare capacity remains in the economy, the MPC intends to set monetary policy so as to ensure that growth is sufficient to absorb any remaining underutilised resources. That will support domestic cost growth and is necessary to ensure that inflation is on track to return sustainably to the 2% target rate within two years,” said the Bank.

The Committee’s forthcoming Inflation Report is to be released in November and will set out a detailed assessment of the outlook for the economy.

The outlook for growth, however, continues to be characterised by a number of opposing influences. On the one hand, UK private final domestic demand, and consumer spending in particular, has been resilient. On the other hand, the on-going fiscal consolidation has had a restraining influence on activity and global growth has continued at below-average rates.

Similarly, the outlook for inflation in the medium term will reflect the balance of two opposing forces: the extent to which domestic costs pressures build, set against any persisting external disinflationary pressure.

The most recent official estimates and survey data are consistent with a gentle deceleration in UK output growth since its peak at the beginning of 2014.

There is increasing evidence, officials say, of developing capacity pressures in some segments of the economy, and of labour skill shortages in particular. Annual regular pay growth in the private sector has risen and now exceeds 3%. But encouraging improvements in productivity growth have so far limited the impact of that pickup in pay growth on businesses’ overall costs, and therefore inflation.

A deterioration in the global demand environment would also slow the pace of expansion. That could occur, for example, if the slowdown currently underway in a range of emerging economies, including China, intensifies. Growth in the euro area, the United Kingdom’s main trading partner, has so far remained relatively resilient.

The statement said that the Committee will continue to monitor international developments, as well as evidence concerning the resilience of the domestic economy, in order to assess the outlook for inflation and activity in the United Kingdom, and to set monetary policy as appropriate in the light of all of those factors.

“The likely persistence of the headwinds restraining economic growth following the financial crisis means that, when Bank Rate does begin to rise, it is expected to do so more gradually and to a lower level than in recent cycles. Such guidance, however, is an expectation and not a promise: the path that Bank Rate will actually follow over the next few years will depend on economic circumstances,” said the Bank. 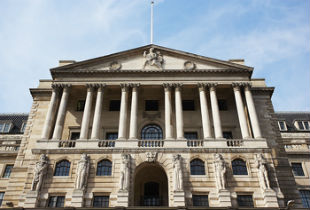 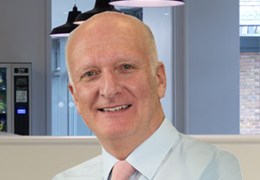