With the introduction of its new Housing and Planning Bill, the government has established new powers to overrule councils which fail to produce the schemes necessary for new home building in their area.

Councils have been warned that if they do not produce local plans for new homes by 2017, Whitehall will intervene to ensure those plans are produced for them.

The statement announcing the new Housing and Planning Bill reported,

“While 82% of councils have published local plans – which should set out how many homes they plan to deliver over a set period – only 65% have fully adopted them and there are still almost 20% of councils that do not have an up to date plan at all.”

The new bill will enable Whitehall to bypass councils and work directly with local communities to identify land for new building and force housing schemes through the planning system, in an attempt to help deliver one million homes by 2020, as pledged previously by the government.

The government also confirmed measures to deliver 200,000 Starter Homes and to offer 1.3 million tenants the Right to Buy.

The Housing and Planning Bill follows the introduction of the National Planning Policy Framework (NPPF) in 2012.

The NPPF was established to reinforce the role of local plans, by way of cutting back on red tape and planning documents.

The statement reported that ministers will soon reveal details of how they will intervene when councils have failed to get started on their plans.

But it was specified that,

“In their plans, councils are required to produce an annual trajectory of how many homes they plan to build in their area – usually over a period of around 15 years.

They must also be reviewed regularly – usually every 5 years – and give local people more of a say on where new developments go and what they look like.”

The Prime Minister is also due to announce that the temporary rule introduced in May 2013 allowing people to convert disused offices into homes without applying for planning permission will be made a permanent change, after almost 4,000 conversions were given the go ahead between April 2014 to June this year.

This is in addition to announcements made at the Conservative conference about automatic planning permission in principle on brownfield sites and the identification and selling off of high-value vacant publicly-owned sites.

Industry reaction to the news has been supportive overall.

“Ensuring local authorities abide by their responsibilities and put a robust plan in place will ensure more homes get built more quickly via a more constructive, less bureaucratic process”

“Some sites have been locked up for too long and these measures, coupled with a brownfield register and fund, will get them moving. While these new measures build on the National Planning Policy Framework and are welcome, the system needs to really pick up speed in order to deliver the vibrant property sector on which the success of our economy depends”

said Jeremy Blackburn, head of policy and parliamentary affairs at the Royal Institute of Chartered Surveyors.

Are you looking to convert an office building into residential units?
We can help you finance this type of development as the following case studies demonstrate:

Conversion of redundant office building into block of 18 flats

Keep up to date with the availability of finance for property developers: 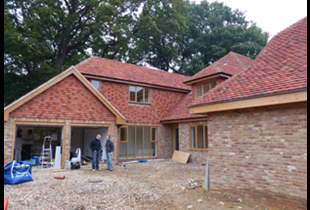