House prices were on the rise again in October taking the annual rate of price growth to 3.9% from 3.8% in September

"broadly consistent with earnings growth over the longer term".

“While this bodes well for a sustainable increase in housing market activity, much will depend on whether building activity can keep pace with increasing demand,”

It was also noted by Nationwide that due to the widespread speculation about when the Bank of England may raise interest rates, fixed rate mortgages continue to be the most popular choice for homeowners.

“Borrowers taking out fixed rate mortgages have benefited from historically low interest rates. For example, in September the average two year fix (for those with a 25% deposit) was 1.91%. While this is a little higher than the rates prevailing in the summer, it is almost two percentage points below the level prevailing in 2012.

"Moreover, for borrowers with a 10% deposit, the rates available for two year fixes are currently the lowest on record. Historically low interest rates have helped to offset the negative impact of rising house prices on affordability."

Gardner also believes that the popularity of fixed rate mortgages should help the market withstand any potential rate rises in the coming year.

“As a result of the popularity of fixed rate mortgages in recent years the proportion of outstanding mortgages on variable interest rates has declined steadily, from almost 70% in mid-2012 to almost half in mid-2015. This should help to insulate many households from the impact of higher interest rates, though the proportion on variable rates is still higher than the 38% prevailing in 2007. It is also important to note that the majority of recent fixes are for relatively short time periods – 65% were for two years and 30% for five years.”

“Nevertheless, the housing market should be able to cope with higher interest rates in the year ahead, provided the increase is modest and the economy and the labour market remain in good shape. Guidance from the Bank of England suggests that the increase in interest rates is likely to be gradual, and that they are expected to settle at a level somewhat below the average prevailing before the financial crisis, which should help ensure borrowing costs remain manageable.” 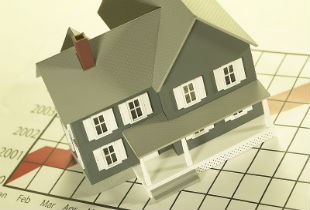