Data released today by the LSL Property Services/Acadata House Price Index, reveals that house sales were at an eight year high last month, with September 2015 registering as the strongest month since 2007.

The latest figures show that this increase in sales was driven by a surge of activity in the north, as lack of supply slowed sales in the south.

The North and North West of England saw the biggest year on year increase in property sales in the three months to August 2015 while East Anglia, London and the South East experienced the greatest annual falls.

But figures also indicate a southern resurgence in price growth, with the South East seeing the strongest year on year rise of any region. London recorded its biggest monthly price boost since June 2014, demonstrating that the capital’s housing market is firmly back on track.

In September 2015 the average house price in England and Wales was £284,742, taking property values to the ninth consecutive record this year.

Adrian Gill, director of Reeds Rains and Your Move estate agents, said: "The speed of house price growth across England and Wales may not be setting the world alight, but it's certainly showing it has stamina – September marks the 42nd successive month of positive annual growth."

He added: "This is the strongest September for home sales since 2007, escaping the recession shadow and completely defying the seasonal trend.

Monthly sales have totalled 84,000, an increase of 3% from August, and making September only the second month this year in which sales have overtaken 2014 levels.

The regional spread of home sales reads like a traditional tale of North/South divide – with cheaper northern regions experiencing the fastest growth in property sales, while a shortage of property stock on the market in the south is slowing activity." 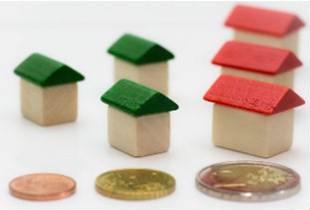