The new measures, announced by Housing and Planning Minister, Brandon Lewis, will make it easier to convert underused office space into new homes.

Temporary permitted development rights were first introduced in 2013 to enable the conversion of office buildings into new homes without the need for planning permission.

As such between April 2014 and June this year, almost 4,000 conversions were given the go ahead.

These temporary rights were due to expire in May 2016.

Therefore, to avoid the potential increase in what the government sees as unnecessary red tape and bureaucracy which could slow down future conversions, Brandon Lewis has announced that the permitted development rights will now be permanent.

Those people and developers who have already been granted permission will now have three years in which to complete the change of use of their building(s).

The government hopes that this will end potential uncertainty for developers and enable the development of new homes.

In addition, these new permitted development rights will in future allow the demolition of office buildings and new building for residential use (subject to limitations and prior approval by the local planning authority).

The change of use of light industrial buildings and launderettes into new homes will also be allowed via the new rights (subject to limitations and prior approval by the local planning authority).

There are 17 areas currently exempt from office to residential permitted development and they will have until May 2019 to make an Article 4 Direction if they wish to continue determining planning applications for change of use.

These areas (consisting of individual buildings, roads or zones) can be found in the following local authorities in England:

• The City of London

• Areas in the borough councils of Stevenage, and Ashford (Kent)

• Areas in the district councils of Sevenoaks and East Hampshire

“We’re determined that, both in Whitehall and in town halls, everything is done to get the homes we need built.

“Today’s measures will mean we can tap into the potential of underused buildings to offer new homes for first-time buyers and families long into the future, breathing new life into neighbourhoods and at the same time protecting our precious green belt.” 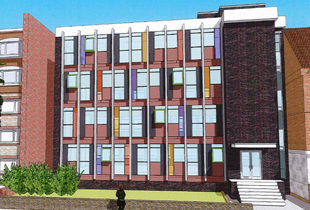