Speaking at an Investec Private Banking event, themed ‘Prime London property prices and the recent tax implications’, McGivern admitted that while now is not the best time to buy in prime London, the market is still set to rise in the years ahead.

"I don't expect the market to go up massively over the next three or four years – it will be steady across the country,” said McGivern.

"In seven or eight years there will be another massive boom."

He added: "The cycle has just unfolded as expected as it always has done.

"Banks are still very restricted in what they can lend and house prices bear no relation to earnings whatsoever, but that's exactly what people were saying in 1998.

"It is no different this time and that is why I think there is huge potential for price rises."

McGivern went on to compare today’s economic conditions to those of 1998, sighting the following recent developments: the change to non-dom rules as announced in the budget recently, which will make the market less attractive to international buyers; the forthcoming crack down on mortgage tax relief, affecting higher rate tax landlords, and economic instabilities worldwide, the recent problems faced by Greece and China being two examples.

Similarly, in 1998 we witnessed the crash of the Asian economies and Long-Term Credit Management went under.

It was thought then that the whole financial system could come to a juddering halt, said McGivern.

He added: "I believe we are much closer to 1998 than 2008 in the current cycle. After every crash people say the market is too high.

"It's pretty clear that now is a dreadful time to buy property in London, but there are also big differences between now and 2008.

"Over the last 18 months has there been a mad frenzy? Have people been buying property in the belief that if they didn't buy they won't get on the housing ladder. No.

"In 2007 just as in every previous cycle London and the UK went berserk. If you had a lower ground floor flat riddled with damp, main road, trucks whizzing down the window you could sell it for a 10 to 15% premium. That has not been happening."

There has been as much as a 30% decline in transaction levels this year in prime London, but McGivern maintained that this is normal in an election year.

Despite tighter regulation coming from the Financial Conduct Authority, as compared to pre-credit crunch regulator the Financial Services Authority, he also ascertained that lending will loosen up, and pointed out that the government has a vested interest in ensuring house prices continue to rise because the majority of voters are homeowners.

"The lending restrictions we are seeing at the moment will be relaxed. This is already happening in America which suffered a far worse crash than we did,” said McGivern.

"They have come up with new ways to judge people's credit scores. We've seen that over here with the effective sacking of [outgoing FCA chief executive] Martin Wheatley because he was too harsh on the banks – with ‘shoot first ask questions later'.

"George Osborne has openly said he wants a more inclusive and co-operative atmosphere to work with the banks.

This won't happen overnight but lending will be relaxed as it is in every single cycle."

He went on to explain that new forms of lending, such as peer-to peer lending, will help more people to borrow. Furthermore, the growth of companies like Airbnb will lead to more people generating new and/or greater income from their properties, which will also lead to higher prices.

The reduction in corporation tax from 20% to 18% in 2020, which will mean the UK has the second lowest tax rate in Western Europe, will also attract more investment into the country.

However, McGivern was still on hand to warn property investors: when people start talking about price rises being inevitable that’s when they should sell their assets.

He said: "The real problems began in 2006 because that's when popular opinion changed – ‘it is different this time'.

"There was a new paradigm and obviously when you hear the words ‘new paradigm' you run for the exit.

"There are hundreds and thousands sitting on the sidelines at the moment and they think the market is going to crash. It's very hard for it to crash when so many people are out of it.

"It's when you hear ‘it's a new paradigm; property is always going up', that's when it's time to sell up." 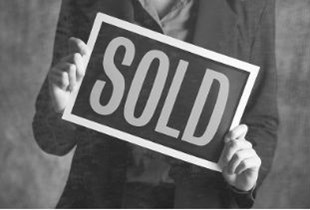