The Bridging Trends report, published by MTF, cited Brexit uncertainty and the implementation of the Mortgage Credit Directive (MCD) as the key issues responsible for the depressed bridging loan volumes.

According to the report, unregulated bridging loans accounted for 51.5% of all contributor lending in Q2 2016, but the number of regulated loans hit 48.4%, the highest level seen since Bridging Trends was first published.

Regulatory changes that have come about as a result of MCD were said to have attributed to the fall in second legal charge lending, which dropped to 16% of all loans in Q2 2016, from 17.5% in Q1.

Average loan-to-value (LTV) levels also fell: in Q2 2016 they were recorded at 47.4%, down from 52.8% in Q1 2016.While the average completion time on a bridging loan application rose to 46 days, up from 37 days in Q1 2016 due to lenders taking “a more cautious and conservative approach to lending amid Brexit and MCD” the report said.

Mortgage delays were once again found to be the most popular reason for bridging loan use, accounting for 30% of all lending.

“Uncertainty in the run up to the Referendum seems to have contributed to a cooling off of the market. However, though there was a drop in lending volumes in Q2, the latest data has in fact shown a degree of consistency with the same quarter last year, where lending volumes were only 8% higher at £99.11 million.

"Overall, the sector is in good health. Cheaper rates of interest and lower loan to values continue to show that the bridging market is behaving responsibly." 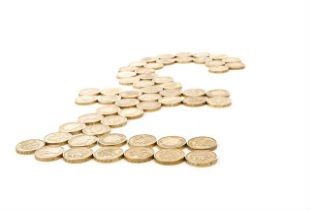