The Bank of England’s Monetary Policy Committee (MPC) has once again voted 8-1 to hold Bank Rate at 0.5% and will maintain the size of the Asset Purchase Programme at £375bn.

All rate setters sitting on the MPC, with the exception of Ian McCafferty, voted for no change in Bank Rate.

McCafferty, who had the same view at the last meeting, has been voting for a rate rise for several months.

The Bank Rate has now remained unchanged since March 2009, when it first dropped to the historic low of 0.5%.

Predictions of a Bank Rate rise at the end of 2016 have now been deferred to early 2017 by several economists.

In a statement, the Bank of England said:

“All members agreed that, given the likely persistence of the headwinds weighing on the economy, when Bank Rate does begin to rise, it is expected to do so only gradually and to a level lower than in recent cycles. This guidance is an expectation, not a promise.”

McCafferty voted to increase Bank Rate by 25 basis points, due to his concerns that inflation could overshoot the 2% target set by the Bank of England.

However, the decline in oil prices was cited in the minutes as being the reason behind the Committee’s overall view that a rise in inflation would be more gradual in the near term than previously thought.

The committee predicted that inflation may rise to near the 2% target "once the persistent impact of lower energy and food prices, subdued world export prices and the past appreciation of sterling had dissipated".

The MPC made note of depreciation of the pound during the meeting, which it partly attributed to actions by the European Central Bank as well as the forthcoming UK referendum.

"Since the start of 2016, however, some market contacts had additionally cited the forthcoming UK referendum regarding EU membership as a possible explanation for the depreciation of sterling,"

it was stated in the minutes. 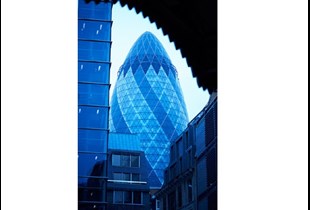