Expert declares that the plight of small property developers is responsible for the decreasing construction figures recently released by the Office for National Statistics (ONS).

Charles Haresnape, managing director of mortgages for Aldermore Group, has stated that the recent 0.5% drop in construction in the month to November, as found by ONS Output in Construction Industry data, is “disappointing”.

The 0.5% decrease is contrary to the 0.5% rise predicted by Reuter’s economists.

Haresnape has highlighted that over the past six years, SME and regional sectors have built as much as 80% of the UK’s new homes but that this figure has now dropped to below 50%.

“While the fortunes of the big four house builders have continued to improve, increasing output from smaller property developers will be crucial in helping to reach the targets set by the government for 400,000 affordable new homes by 2020,”

“Despite the huge demand for new houses, smaller developers continue to struggle with access to finance, with a recent industry survey showing that more than 50,000 construction and real estate firms have begun the year in ‘significant’ financial distress.”

The annual figures were also down, with construction falling by 1.1% year-on-year to November.

The ONS has been reported as saying that construction output would need to have increased by 2.6% month-on-month to December to avoid a fall in the fourth quarter of 2015.

“The Home Builders Federation have said that the new house building targets are achievable, and proposed changes to planning regulations and incentives for building on brownfield land are positive steps,”

“However, unless more is done by lenders to increase funding to smaller regional developers, the potential for the industry to reach 200,000 homes per year – a level of building not seen in Britain since 1989 – will be less likely.” 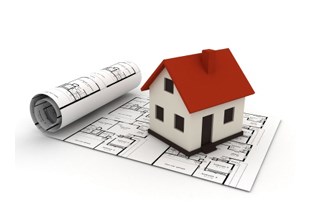