Chancellor George Osborne has warned that mortgage prices could be sent soaring in the event of a Brexit win on June 23, with buyers being set back an extra £1,500.

A report by the Sunday Times, analysing figures published by the Treasury, suggests a Brexit outcome would add an additional £920 to £1,470 to the cost of a mortgage on an average home, priced £292,000.

First-time buyers, for example, could be subject to rising annual mortgage costs of around £810 and £1,280, given that they generally pay an average £220,000 for their first home. This would equate to £70 to £105 per month, the analysis, which was carried out by Britain Stronger in Europe, suggests.

House prices are predicted to fall if the UK leaves the EU, but speaking to The Sunday Times, Osborne said that any potential benefit to first-time buyers from a fall in house prices would be negated by rising mortgage costs.

The Financial Times has also reported that high street banking staff are being trained on how to reassure customers enquiring about changes in mortgage costs, in the event of a Brexit outcome.

Industry experts, however, have said that it would take at least two years to leave the EU. Speaking in the FT, Ray Boulger, senior technical manager at John Charcol said that in this respect he did not think mortgage costs would be immediately hit by a ‘leave’ vote.

The top end of the housing market would be the most susceptible to changes in value caused by a Brexit outcome, Boulger said, due to its reliance on overseas buyers. 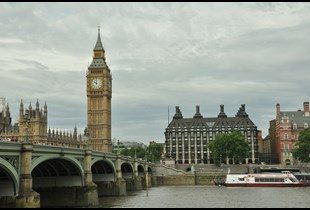