How landlords will vote in the EU Referendum is anyone’s guess but there is a definite air of procrastination amongst them.

Anecdotally, many landlords are telling us that they prefer to wait until the outcome is known before making further purchases. Some, who already have applications in the pipeline, are being slow to provide the necessary paperwork or respond to requests for further information.

I can’t be sure but I suspect that some at least, are being purposefully unhurried – you might say prevaricating – preparing themselves for a hasty retreat should the Brexiters win.

Whilst landlords may be justified in taking this stance, there is no excuse for lenders to prevaricate, particularly on existing cases. I am getting increasingly frustrated with the lack of urgency and commerciality displayed by some of the buy to let lenders.

As you can imagine, I will continue to push them to get our cases over the line but it will soon be time for the trade bodies to support brokers’ frustrations (I know I am not alone) on turnaround times.

Since the beginning of Q2 a general malaise seems to have set in and we need to find a cure forthwith. We are experiencing a similar lackadaisical approach from solicitors. Surely this short lull is the perfect time for us all pull up our collective socks.

From a customer service perspective, there is not a huge amount we can do to chivvy purposefully prevaricating landlords along. To those who are totally sitting on the fence, vacillating between in and out, we have been reminding them that mortgage offers dispatched by lenders now will still be valid, including the pricing, until after the referendum, so there is merit in being prepared should we vote to remain in the EU.

At Mortgages for Business and our lending brand Keystone Property Finance we are trying to use the time wisely and get all those important but not urgent tasks that normally lurk at the bottom of the in-tray completed. It would be good if lenders were doing the same but in many cases my experience tells me not.

When my clients ask me whether I want the UK to leave or remain within the European Union I tell them that my heart is softly urging to me to vote out but my head, well my head is shouting very loudly “stay”. Why? For several reasons.

Unlike Y2K, I don’t believe that exiting will end up being a big fuss about nothing. There is a general consensus amongst leading economists that a vote to exit the EU could very well plunge the UK into recession with no understanding of how long it will take us to recover. I agree with them.

Incidentally, I do think we would recover eventually but I am not prepared to revisit the bad place we were in back in 2008 when I was forced to look over the precipice. MFB was lucky, we didn’t fall in but we were deeply scarred and I will not take my staff there again.

Also, I am too bloody old to go through the stress - but that’s another story. In my opinion exiting will mean that Bank Rate rises, house prices fall and jobs go.

The European Union most definitely has its faults but to leave now would truly upset the UK economic applecart.

And if we leave, we get no say in how the EU could be changed for the better. We have to be at the party to dance.

The best outcome for the UK would be for the remain campaign to win by the smallest of margins. That would demonstrate to Brussels that EU reform is not negotiable and would give us more bargaining power to get the changes we require to function not only as a nation but also a fully paid up member of the club.

Other blogs by David:

Buy to let hasn't fallen off a cliff 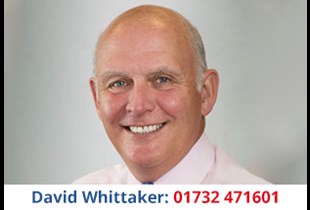