Landlords who were suing West Bromwich Building Society for raising tracker mortgage rates, when there was no rise in Bank of England base rate, have won their Appeal Court battle, resulting in refunds for 6,000 borrowers.

The case was brought by 350 landlords, who argued that West Bromwich’s decision to raise the rate on its tracker mortgages was unlawful.

Tracker mortgages are supposed to track the Bank of England base rate, rising and falling accordingly. West Bromwich, however, claimed that the small print in its contract allowed it to raise interest rates even when Bank Rate was stable.

The Court of Appeal’s ruling that the building society was not entitled to do this sets a precedent for the wider mortgage market and its treatment of interest rates.

Lord Justice Hamblen ruled that tracker mortgage interest rates should only rise with a rise in Bank Rate and that West Bromwich Building Society cannot demand that a landlord repay a mortgage within one month’s notice.

While West Bromwich argued that the clause in its mortgage document stated it could raise rates without a Bank Rate rise, Hamblen said that the lender’s offer document noted that the interest rate was pegged to base rate.

“The lender was thereby promising that the interest rate would be varied in accordance with, and so as to reflect changes in that base rate.”

Hamblen also said that borrowers would suffer if the lender only gave them one month’s notice when calling in mortgages.

“For the lender to have the right to require repayment on one month’s notice at will would give him the right to turn the borrower’s contemplated business arrangements on their head.

“In many, if not most cases, the borrower would be required to terminate the letting arrangements and sell the property in order to make the repayment.

“A property which was to be bought so it could be let could, at the lender’s whim, be required to be unlet and sold.

Hamblen’s decision has been backed by Lord Justice Leveson and Lady Justice Sharp and the society has now agreed to re-imburse borrowers and re-set mortgage rates at a lower level.

Landlord group, Property 118 first launched legal action against West Brom in the High Court in November 2013, when it learned that West Bromwich Mortgage Company, the lender’s now defunct specialist lending arm, were planning to raise the rates on tracker mortgages.

The increase more than doubled many people’s monthly repayments.

The case was also taken to the Financial Ombudsman Service (FOS) by angry landlords, but was thrown out, with the FOS saying the lender was allowed to raise its rates.

In January 2015, Judge Nigel Teare of the High Court also sided with West Bromwich, reasoning that due to changing market conditions the lender was allowed to increase its rates.

This then led to Property 118’s final appeal.

Emma Hughes, a landlord affected by the rise in rates, said:

“We always knew that interest rates would rise and we have always had plans for that, but this was such a shock because there was no reason to expect it, with the mortgages tracking Base Rate.”

“The West Bromwich reneged on its part of that bargain and we feel cheated.”

West Bromwich say that the cost to the mutual's savers and borrowers will be £27.5m.

The lender issued a statement saying:

"We are disappointed with the judgement handed down today.

"Savers, who represent the vast majority of the Society’s members, have suffered a dramatic fall in income due to lower interest rates. The Board of the Society therefore acted in accordance with its overarching duties to treat customers fairly and to act in the best interests of members as a whole, savers as well as borrowers." 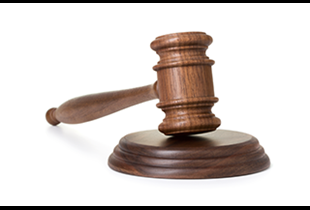 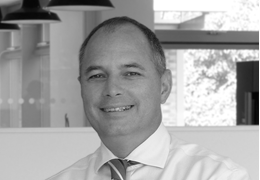