Over the last three months, 39% of landlords have reported a rise in tenant demand yet many still feel less confident in short-term expectations, according to a new index.

Tenant demand has consistently increased over the last four quarters, with only 6% of landlords reporting a weakening in demand, the latest BM Solutions / BDRC Continental Landlord Panel has revealed.

However, in spite of this increase landlords felt less confident in short-term expectations for their own letting businesses, which is reported to be a consequence of the latest government changes in taxation targeted at the buy to let sector.

The East of England and Wales reported the strongest demand from tenants, with 51% of landlords in those areas reporting a rise in demand over the last three months.

The East of England also saw the largest quarterly rise in demand (up 19 percentage points from 32% to 51%), whereas Central London saw a fall, with the net number of landlords reporting an increase in tenant demand down by six percentage points on Q4 2015.

While confidence in the UK’s financial outlook has fallen (a net 12% report feeling good or very good about the market for the next three months, compared to 24% in Q4 2015), UK landlords’ remain optimistic overall.

Prospects for the UK private rental sector were seen in a positive light by 24% of landlords in Q1 this year, following significant falls last year, which indicates that the downturn following last year’s Budget announcements may have begun to plateau.

Outlook for yields and voids

There has been little change in the incidence of rental voids, with 30% of landlords reporting a void in rental payments in Q1, as compared to 29% in the last quarter.

The highest average rental yield was achieved by landlords in the North West (6.1%), with those letting properties in Scotland and Central London experiencing the lowest, at 4.2% and 5.0% respectively.

The Landlord Panel revealed that the average buy to let portfolio, based on 8.1 properties, is worth in the region of £1.3 million and generates an annual gross income of £57,000.

This is the equivalent of a per property value of £158,150 achieving an average of £7,040 annual rental income.

The highest gross rental income is generated by property portfolios in Central London and Scotland (£76,000), while Yorkshire & the Humber and West Midlands generating the lowest at £51,000.

Reversing the trend seen over the past six months, where planned purchases were decreasing, landlords’ plans to buy new properties outweighed their intentions to sell in the first quarter of this year.

“There has clearly been a spotlight shining on the buy-to-let market and private rental sector over the past year. Landlords’ confidence in the outlook for the private rental sector as a whole and in their own letting businesses has dwindled since early 2015. However, there are early signs that this downward trend may have reached its plateau.

“The research found 55% of landlords plan to increase rents, partly as a result of the interest tax relief changes which are most pronounced for landlords in the highest personal income tax brackets.

“Despite this, the market is holding up well. Four in 10 landlords report that tenant demand has increased in the areas where they hold properties during the last quarter, and yields remain good.”

According to its findings the number of remortgagors consulting brokers has declined this year. In March the numbers fell to 35%, the lowest figure since September last year and down from January’s 46% and February’s 39%.

As a result, concerns have been raised that borrowers may be missing out on competitive rates as well as the best products available for their particular circumstances, given that brokers have access to products that are not widely available on the high street.

The decline in the use of brokers runs in parallel to the decline in expectations of a rate rise: predictions of a rise in rates among remortgagors has fallen four percentage points from 16% in February to 12% in March, the lowest figure recorded by LMS.

However, despite the record low rates currently on offer the number of homeowners who remortgaged to lower their mortgage rate in March fell by 11 percentage points year-on-year to 57%.

LMS’s findings reveal that the number of individuals remortgaging when their current mortgage deal came to an end, fell by five percentage points to 45%, from February’s 50%.

Out of these, 28% increased the size of their loan, with more than one in five (22%) increasing their loan by more than £10,000. The number of people chosing to remortgage in order to help their children buy a home has risen to 3%, increasing one percentage point from February (2%).

“A persistently low base rate and a host of competitive mortgages on offer may be leading many remortgagors to miss out on the best available rates through apathy. After seven years of a historic low rate, there is no sign of an increase in sight, reducing the motivation of homeowners to remortgage or consider their options.

“Concerning too, is the fall in the number of remortgagors seeking independent financial advice when remortgaging. While homeowners may feel confident in their ability to remortgage, shopping around is the best way to ensure you take advantage of the most competitive offers that may enable savings of hundreds of pounds each month, and advice can help to navigate the complexities of the mortgage market to find the most suitable product for your circumstances.” 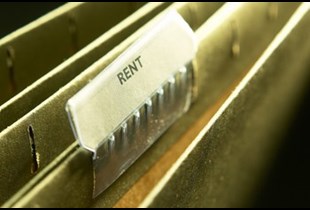