Housing association tenants may be offered the right to contribute to the purchase of their homes through monthly rental payments, in a new scheme that is being studied by government ministers.

Senior government ministers have said that they are considering plans from the National Housing Federation that would allow tenants to purchase their own homes without the need of a deposit, but have not yet confirmed that the scheme will be included in the Autumn Statement.

According to The Times newspaper, housing associations have said that they could build 335,000 homes in four years if the scheme was backed by government funding and changes to investment rules.

As part of the proposal monthly payments from tenants could be split between rent and equity purchase, with the proportion of each varying over time.

This would indicate that long-term tenants would have the option to increase their payments until they eventually own their property outright.

Currently, housing association tenants generally pay 60% to 80% of market rent. Under the new scheme they would have the option to pay an extra 10% surcharge that would become their equity stake.

Tenants would also be allowed to end the arrangement by either buying the property outright, moving to a shared ownership scheme, selling in the open market (and sharing the receipt with the association) or by selling their stake back at a pre-agreed price.

The scheme has reportedly been designed to address a dilemma faced by many tenants, who typically pay 47% of their net income on rent, thereby making it very difficult to save for the deposit needed to access a conventional mortgage.

Prime Minister Theresa May has previously said that she will make housing a priority in her mission to improve the circumstances for families who were “just managing”.

The Times reports that her allies say she wants ‘to shift focus from outright home ownership, in what would be a change of direction from the approach taken by David Cameron and George Osborne.’

A survey by the English Housing Survey has revealed that the number of homeowners in the north of England dropped by more than 130,000 between 2010 and 2015.

Younger households were hardest hit with 90,000 fewer homeowners under 45 in Yorkshire and 100,000 fewer in the North-West. 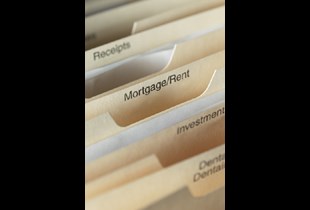