Mark Carney, the governor of the Bank of England, has extended his term by one year, to June 2019, to run parallel with the expected completion date for Brexit negotiations.

Carney’s departure in 2019 will be two years short of a full eight-year term, but is a one-year extension of the five years he had originally committed to.

Following a meeting with Prime Minister Theresa May, Carney outlined his decision in a letter to Chancellor Phillip Hammond saying that the move “recognized the importance to the country of continuity” during Brexit negotiations.

He went on to say that he wanted to “contribute to securing an orderly transition to the UK’s new relationship with Europe.”

The move was welcomed by Phillip Hammond, who said that the extension of his term will allow Carney to continue his “highly effective leadership of the Bank through a critical period for the British economy”.

Carney’s announcement runs contrary to speculation that he would step down before the end of his mandate following criticism of comments made in the run up to the EU referendum.

But the governor clearly stated in the House of Lords last week that it was “an entirely personal decision” whether he should extend his term or not and that “no one should read anything into that decision in terms of Government policy”.

Howard Archer, chief UK and European economist at IHS Global Insight, has argued that as the UK economy “clearly faces a prolonged very challenging period ahead,” the best outcome would have been for Carney to extend his mandate until 2021.

Archer believes Carney was right to warn of the potential risks of Brexit to the UK economy.

“Yes, the Bank was too pessimistic in its analysis of what was likely to happen to the economy in the immediate aftermath of a Brexit vote, but so were the vast majority of economists.

“Indeed, 2017 could well be a much more difficult year for the UK economy as the fundamentals for consumers are likely deteriorate appreciably and the triggering of Article 50 brings Brexit more out into the open and likely magnifies uncertainties.” 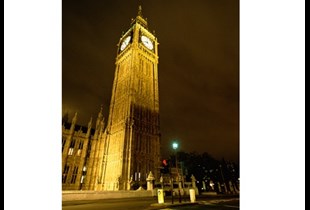