The Redfern Review, said to be the most comprehensive review into home ownership and the wider housing market in over a decade, has proposed that an independent Housing Commission is established that will take a non-partisan approach to long term housing decisions.

The Review suggests that the commission’s primary role would be to understand and make recommendations on the impact that policy changes have on future housing demands, as well as reviewing the reasons behind key house price trends and the effectiveness of fiscal and monetary policy in promoting stability in the housing market.

The Redfern Review was commissioned by the Labour Party and led by Pete Redfern, chief executive of Taylor Wimpey.

The declines have been the steepest among young people: over 20% in 12 years.

If established, the Review says the Independent Commission should review a number of housing-related policies, including the benefits of help to buy and Starter Homes, and the impact these initiatives have on boosting housing supply.

“The detailed analytical work of the Review reveals the challenges that young people face in buying their first home and highlights the impact on them of long-term falls in relative incomes and ability to borrow.

“We must focus on supporting today’s younger generation and creating a genuine long-term housing strategy independent of short-term party politics if we are to improve the position in a sustainable way for future generations.”

The Review goes on to say that to achieve ‘a fair market that is accessible for all’ all housing tenures should be given consistent attention.

‘Far more could and should be done to provide a healthy and stable renting environment, providing a better opportunity for young people to save and a better set of conditions for longer term renters.’

“The private rented sector plays a hugely important role in providing affordable and secure accommodation to millions of people, and it is important that policymakers avoid damaging it in order to encourage specific tenure types. By discouraging buy to let investment and raising landlords’ costs, the government risks increasing tenants’ rents which would make it more difficult for them to raise deposits.”

John Eastgate, sales and marketing director of OneSavings Bank, shared these concerns, saying that next April’s tax changes aimed at buy to let landlords may well make it harder for aspiring home owners to save, as landlords raise rents to cover further costs.

“It will be young aspiring home owners, already facing a constrained ability to save through rising inflation and low interest rates, that will shoulder these costs. It’s also right that we look at the impact of regulation in this. Mortgages are more affordable than ever yet tighter affordability tests based on interest rates that are unlikely to be seen in a generation have made access to finance more challenging and first time buyer levels remain below their pre-crisis peak,”

“Where the Redfern Review pinpoints the start of the house price boom in 1996, it is notable that in the six years leading up to the boom, annual house building numbers fell almost 25 per cent, down from 242,360 a year in 1989.

“To diminish the role that decades of housing undersupply has had on prices and a market where our own research has found that almost a quarter of respondents were not planning to ever own a house is to bypass the major issue most see in the industry.”

Stress tests: Why you can borrow more via a Ltd Co

5 buy to let mortgages with generous rent to interest calculations 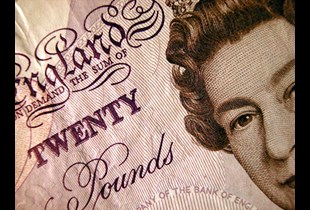